there's ALWAYS something to clean up.  whether it's the dishes, the laundry, the mail pile... the toys... 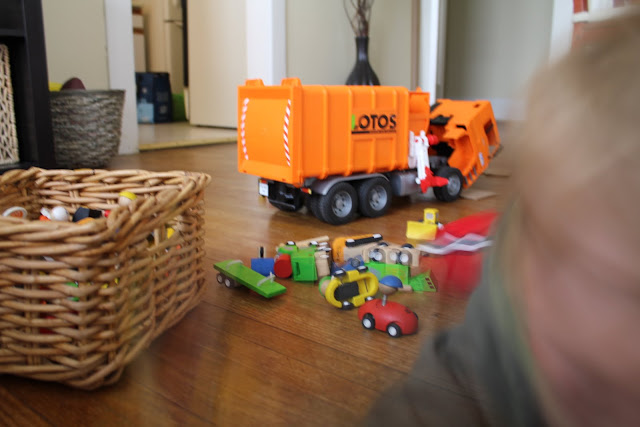 it's just a part of life.  i don't like doing it.   and i'm sure leo doesn't like doing it, either.  if i need strategies to keep our home neat, why shouldn't he?  cleaning up doesn't need to be a burden all the time.  there are ways that we try to keep it light, habitual, and just a part of our day.  so then, at the end of the day, i'm not the one putting away a ton of little cars and stepping on many along the way.

here are some of the things we do in order to keep all the toys tidy and keep leo involved in the process... 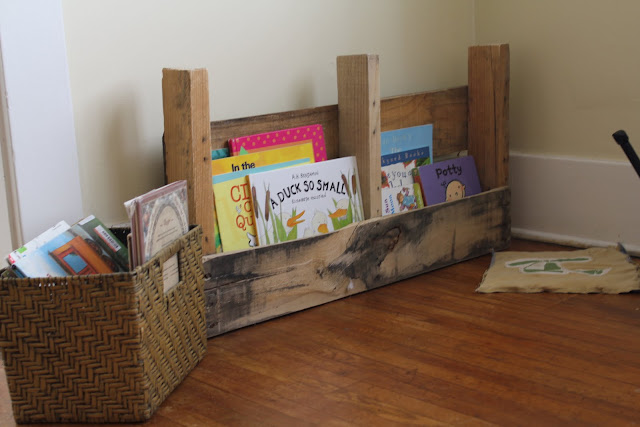 i think it's only fair that i am realistic about leo's abilities in the clean up process... and i do need to remember that he's only 2!  however, by having some simple ways to help things along, he is learning that cleaning up is just as important as playing :)

any other creative ways to get your children to help in the clean up process?
at 12:00 AM