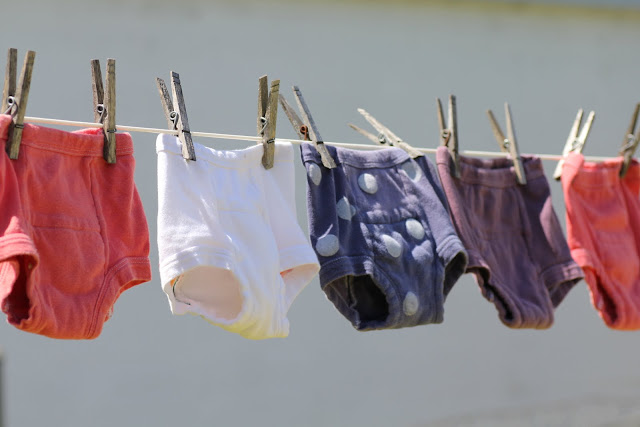 a few months ago, the little guy moved out of diapers.  we've had our fair share of accidents since then, and i do my best to take them in stride.

we didn't "potty train".  we simply put the potty out since he was quite young, and offered it when he was willing.  there were plenty of times he wasn't willing, but there were also times when he was.  and then, it was in january, i suggested to him we get some undies.  cool, truck undies.  which i thought would be pretty convincing.

well, he was convinced of the undies part, but not quite the truck part.  his response?

looks like if i wanted to be done washing diapers, this mama was going to have to make some polka dot undies.  is that crazy of me?  or does it just make me a dedicated mom ;)

regardless... i started with some plain white gerber trainers... 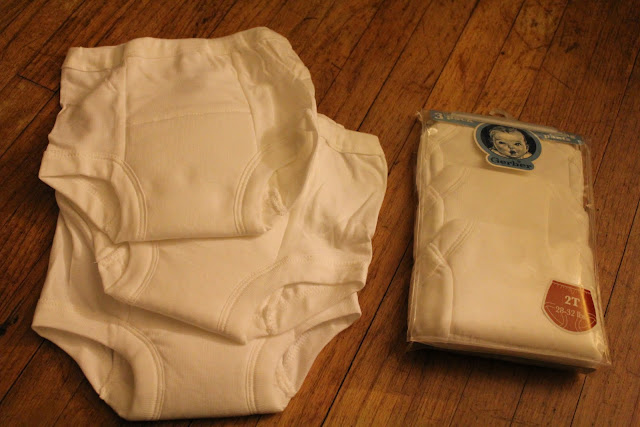 i used liquid rit dye to dye them navy blue.  and then, with a circle sponge painter and some white fabric paint, added some polka dots.

and presto!  dark blue undies with white polka dots.  i made them several months ago, so they've since faded a little (they were dried on the clothesline one day... bad move, apparently.) 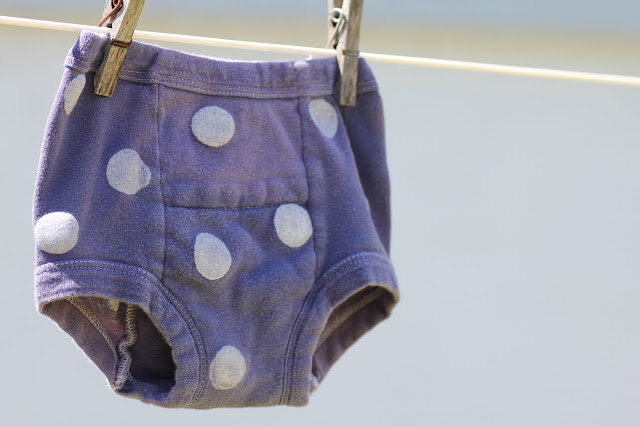 since then, i've made several more pairs, and there are more on the list of things to do.  at the end of a cute little potty book we have, there are several pictures of undies... 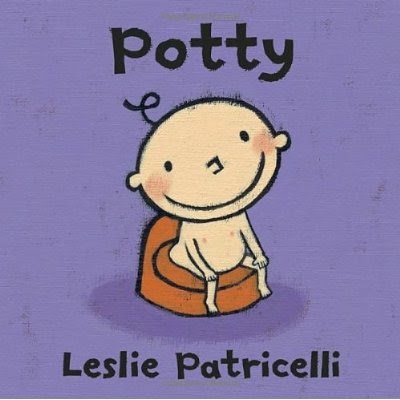 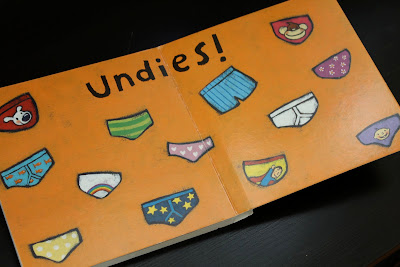 which has become leo's wish list of fancy pants :) 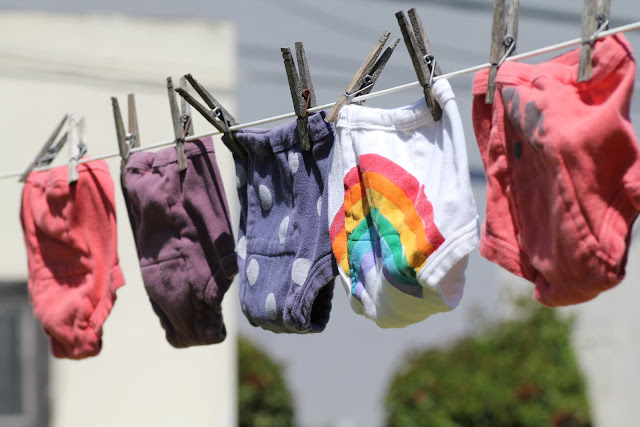 this was the latest pair... 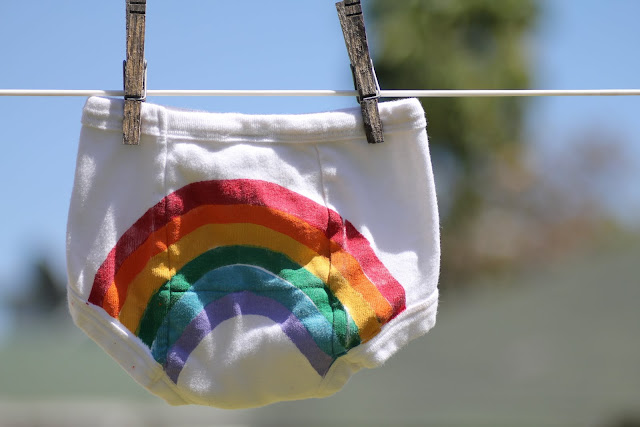 nothing wrong with having fancy pants :)

i linked up today with jenny's creative me monday!