for some reason, i've been itching to make leo some orange pants.  i put a word out to my friends that i was in need of some new fabrics, and kindly received many donations of t-shirts, button downs, pants, sweaters...all kinds of things.  and in all of that, there was an orange t-shirt that was calling out to me to become pants.

so i finally got around to it...

and here they are... 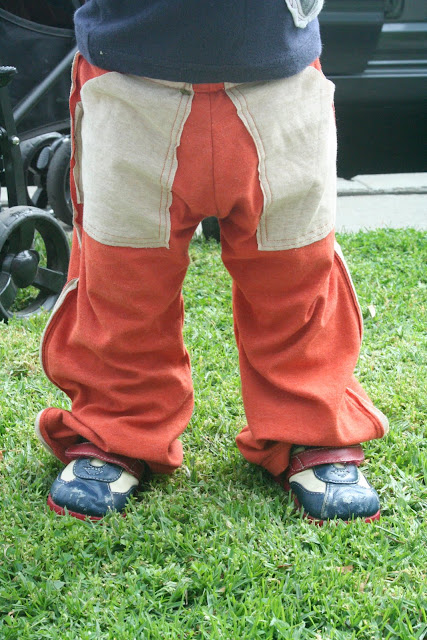 now, i know they're pretty huge on him right now...and i considered adding a snap in the back so they can be shortened...but in time, they'll fit just right.

i also used another t-shirt for the pockets...and for the inside out piping on the sides (on the inside it looks like regular piping, but on the outside, it sort of looks like two pieces of fabric rolling outwards.) 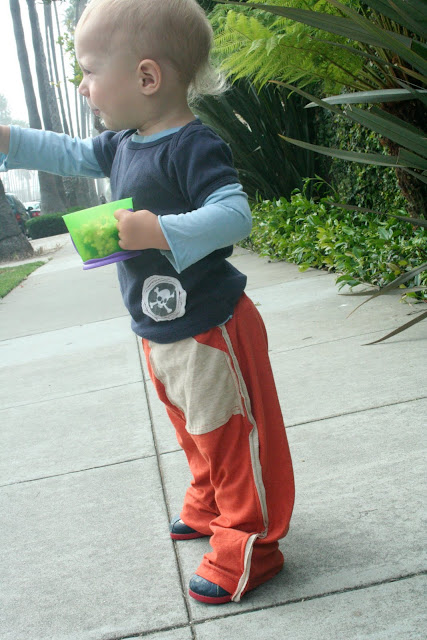 i used a pair of his pants that i like the fit of for the pattern...they have a nice wide leg, which i like. 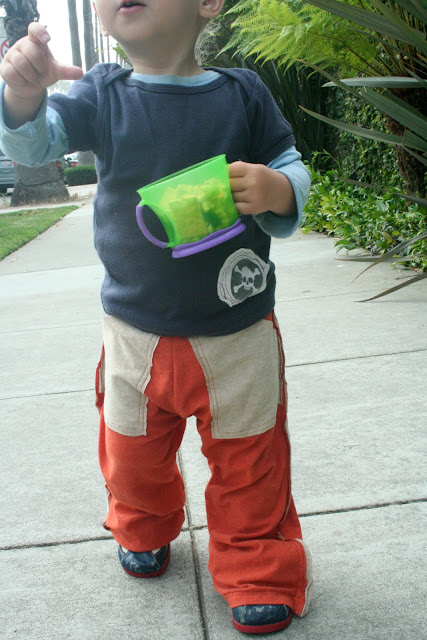